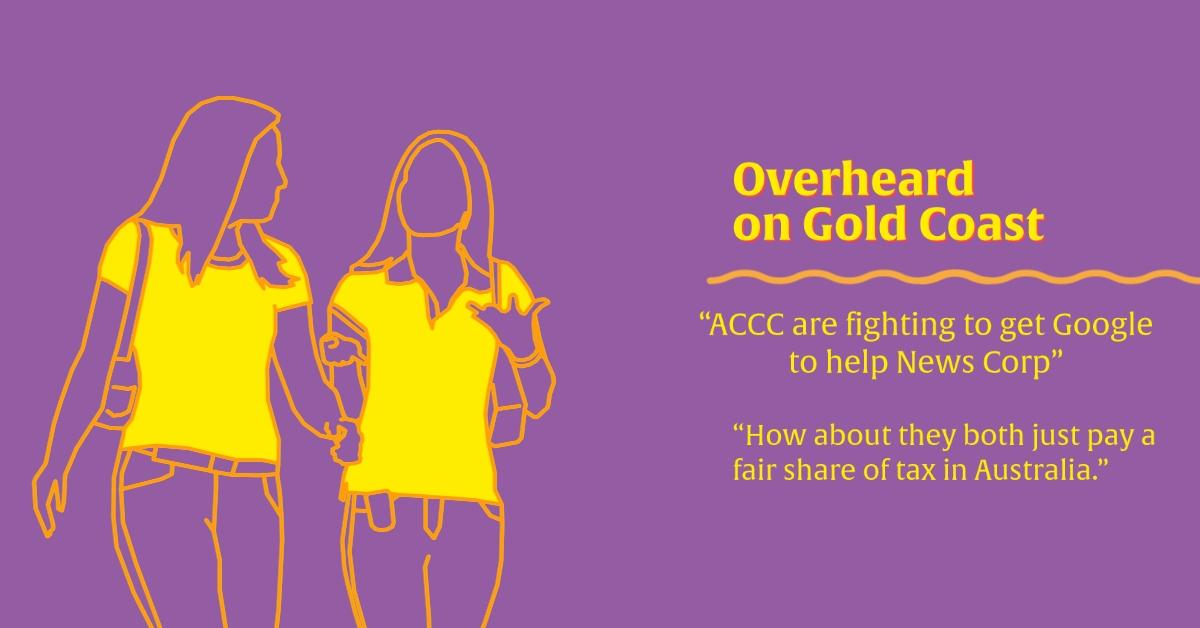 How misplaced is the pressure on the Australian Competition and Consumer Commission (ACCC) watchdog from news organisations such as News Corp to force Google into paying News Corp for the privilege of Google directing search engine traffic towards News Corp’s online platforms and articles through rankings on web searches?

The results seem to be just money moving from Google and Facebook to News Corp and Channel Nine. No addressing the power imbalance. No requirements for News organisations to actually spend the money on journalists. No change to Google search results or Facebook news feeds. Just money moving!

It's bizarre given web searches on many of the largest news platforms like News Corp lead us to a user-pay firewall anyway.

So it's debateable whether News Corp and others should even be included in Google search engine results in the first place, let alone Google having to give financial concessions or payments to News Corp for directing potential users or customers to News Corp products and therefore News Corp advertisers.

Wouldn't it be better if all (mainly foreign) news platforms and all social media (digital) platforms just paid a fair share of tax in Australia? 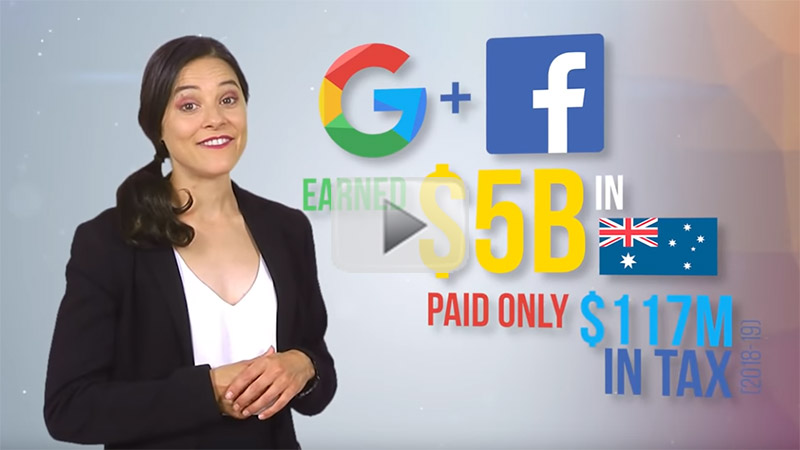 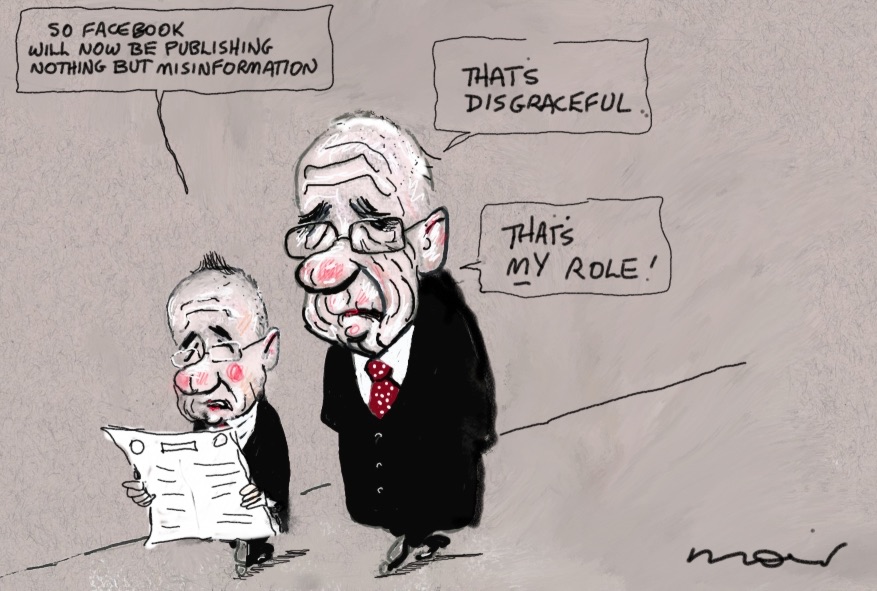 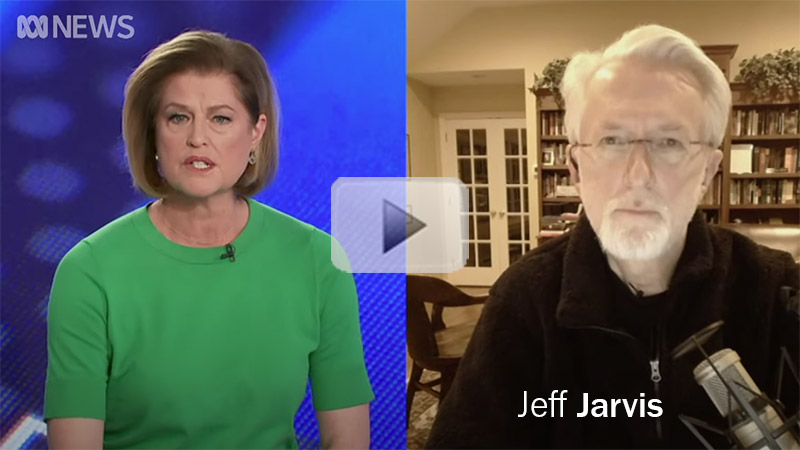 "Facebook called the bluff of Murdoch and his politicians."

"It has never made any sense at all. It is blackmail on behalf of the media companies cashing in on their political capital."

"This is not about paying for news content. All that facebook and Google do is show a headline so they can link to the publishers and send those publishers audience, people users, us." 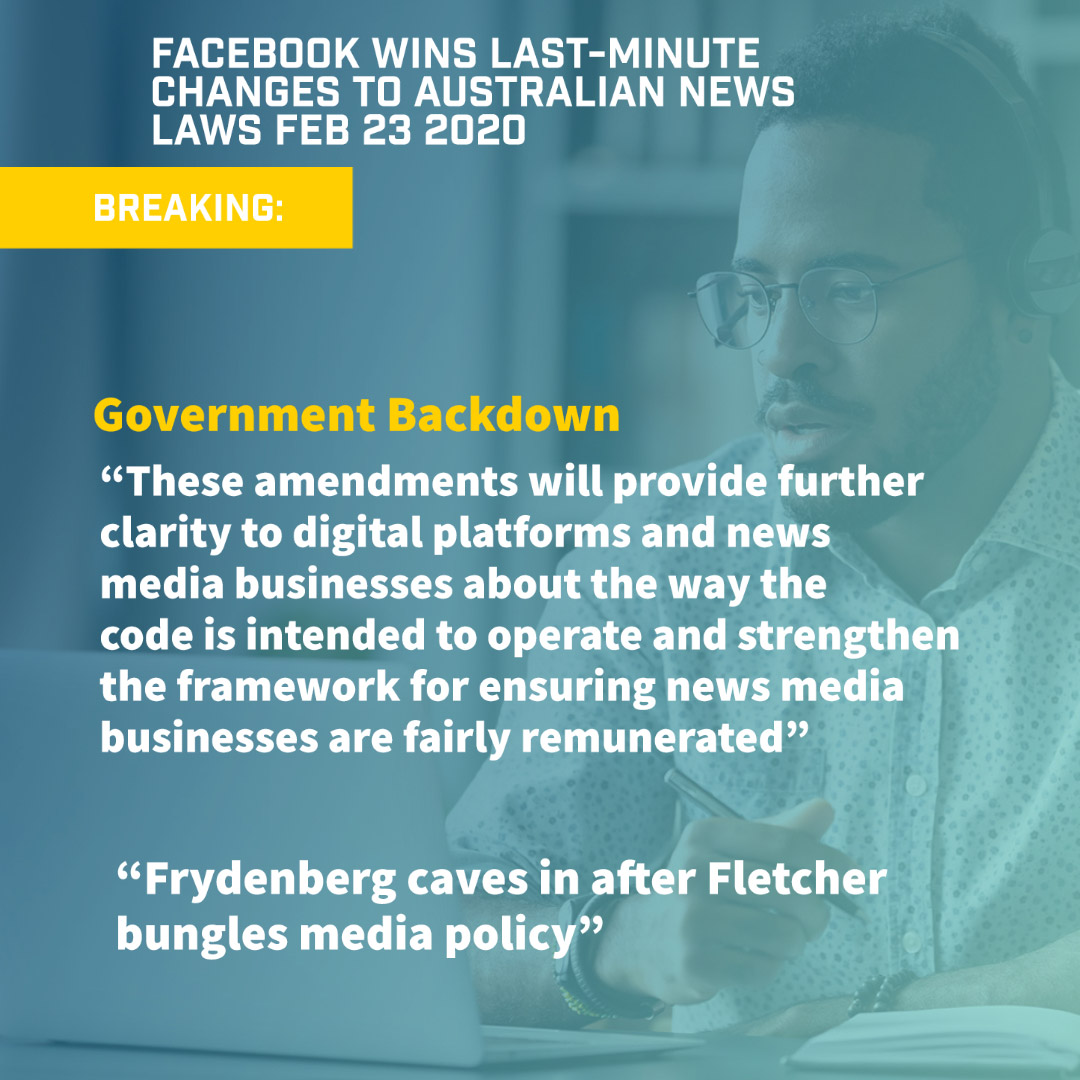 As a counter threat to the ACCC's perceived interference, Google warns:

"[you] could expect dramatically worse, Google searches and YouTube responses"

However this threat by Google appears to be largely designed to get the Google and especially the YouTube user base fighting Google's case for them through a social media campaign, backlash and petition against the ACCC and proposed legislation. 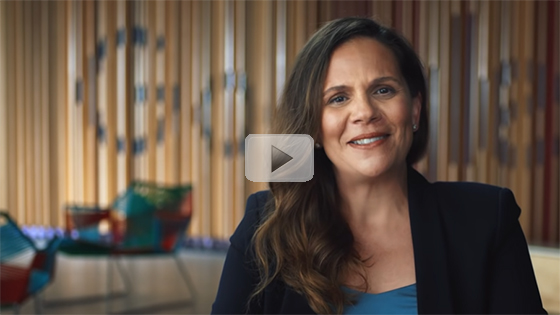 "We are not against a new law, but we need it to be a fair one."

#OurYouTube
The Australian Government has proposed legislation which, if enacted, will enable large news publishers to effectively suppress any and all content they disagree with.
The bill is called the "News Media Bargaining Code" — and it must be stopped immediately.
As it stands, this proposed bill is an assault on Australia's democracy.
If online platforms like YouTube and Google are legally mandated to disclose the inner workings of their systems to large news publishers, then Parliament would effectively be enabling these large news publishers to unfairly rank their content at the top of the YouTube and Google search results.
As a direct result, large news corporations would effectively be able to suppress articles, videos, opinions, ideas, and all other online content they disagree with (like videos from YouTube creators, for example).
If that wasn't dangerous enough, the proposed law also jeopardizes the privacy rights of YouTube viewers by requiring that YouTube hand-over vast amounts of private user-data to these large news companies.

"They [News Corp] want a few other things so they want for example, Google and Facebook to give media publishers 28 days notice if they're going to change that sort of algorithms in a way that might affect the display of news."

The Case for SEO

SEO (Search Engine Optimisation) is largely misunderstood by many. The contribution of SEO has lead to better search results, a more efficient Google and constant innovation in search. SEOs essentially try to manipulate search results in their favour (to improve clicks to websites). It is at its best largely a symbiotic relationship between Google and SEO companies. The results are better search results and better content. Google is very good at determining quality, original content from valid sources. SEOs work at making their sites those sources.

Google's 'special sauce' is its algorithms that place the most worthy content high up on its search pages. So this would be a world-first precedent where certain organisations such as News Corp under the direction of the Australian Government are to be given 'free kicks' that are not necessarily merited, while their corporate competitors are awarded none, no matter how good their product.

Then again, major multinational News organisations already have a history of using technology to benefit their bottom lines without any recognition of or concerns regarding the legality, ethics or fairness of such tactics - take for instance their illegal hacking of mobile phones of people living and dead as ‘click bait' to feed News Corp's news cycle. 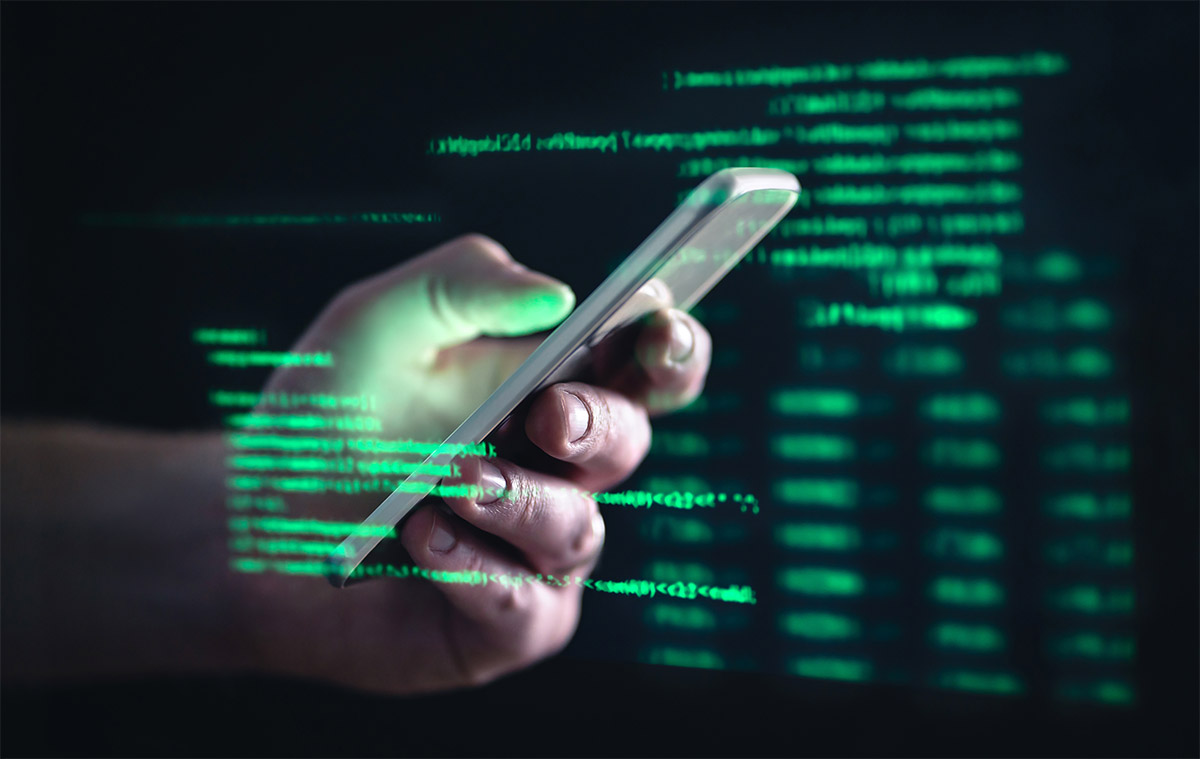 "The News International phone-hacking scandal was a controversy involving the now-defunct News of the World and other British newspapers owned by Rupert Murdoch."
source a https://en.wikipedia.org/

So these 'mobs' involved in phone hacking scandals are now seeking Australian Government assistance to access and control a competitor's Intellectual Property?

These proposals to make Google pay are not going to help small, local media producers. They are just for the big media players, questionably in consort with a government whose political party wing has arguably benefited greatly from News Corp's media bias.

How about the 'novel' idea of making News Corp, Google (including Youtube) and other digital platforms - Apple, Facebook, Amazon, Netflix, etc - just pay their fair share of tax on their revenue from sales in Australia?

Google Australia's latest financial accounts show it paid almost $100 million in tax in 2019, which is far higher than previous years.

But the tax paid on profits needs to be considered in the context that the company did not count $4.8 billion in gross revenue locally, mostly from advertising.

The Federal Government's tougher anti-avoidance laws, aimed at recouping more tax from multinationals, saw a number of multinationals restructure their tax affairs to pay more tax locally than they have in past years.

However, the laws have not been able to stop the legal practice of companies like Facebook and Google channelling hefty amounts of advertising revenue via low-tax countries such as Singapore.

This is why the OECD, together with the G20, has been working on a plan to tax digital companies.

But that work has been delayed due to the coronavirus pandemic, and there are fears it could take years before governments agree on, and implement, a solution.

The delay has resulted in some countries already moving to tax digital companies' sales, rather than their profits, in a huge departure from long-standing tax principles.

This means that while Google Australia counts the commission it earns on its lucrative advertising sales as revenue, the majority gets attributed through Singapore.

Google's Vice President - government affairs and public policy - Karan Bhatia, has argued the tech giant supports the move toward a new global framework for how multinational companies are taxed.

But he has also warned a feud between the United States and France over taxing US tech giants could extend more widely.

In July, the French Senate approved a 3 per cent levy that will apply to revenue from digital services earned in France by companies with more than 25 million Euros in French revenue and 750 million Euros worldwide.

The tax, widely referred to as the GAFA tax, which stands for Google, Apple, Facebook, and Amazon, was expected by France's Finance Ministry to raise 500 million Euros a year.

The Washington-based Tax Foundation's Daniel Bunn thinks the OECD delay raises the potential for governments to move ahead with unilateral measures.

"A tax and trade war driven by those unilateral measures would be incredibly harmful to the global economy...The back-and-forth between the United States and France … may return with a vengeance." France's unilateral move invited a strong backlash from the US, with President Donald Trump threatening America would retaliate by imposing tariffs on French wine.

While Google's revenue from advertisers continues to increase, you may put in a search question regarding an historical event; or request scientific and technical information on a specific topic; or attempt to clarify a disputed fact; or pose a general knowledge question in your search and all that 'pops up' is a snippet of information in a Google answer to your question and perhaps a reference to the source of that information.

However, Google does not direct you to the actual website that is the source of the information. That particular website creator misses out on a click-through or visitor to their website but as they are not paying Google to advertise their site, this seems of little concern to Google.

"... Google is obviously hoping that YouTubers around the world have even asked international YouTube creators to make submissions to the ACCC which is an interesting move."

"...I don't quite know who would be mobilized for Facebook in quite the same way, they don't have a creative platform that has enough goodwill to write letters and submit them to a competition regulator in Australia"

"This is absolutely not our first choice"

"in terms of the benefits facebook derive from it, they do get some benefit, it is just one small part of the content Facebook has and I think that is a perspective the news industry does not really have."

"If we are going to tax Google and Facebook let's be honest about that and tax them and redistribute that money."

"I don't think this legislation is good at all"

"...Microsoft will ensure that small businesses who wish to transfer their advertising to Bing can do so simply and with no transfer costs."

Bing too volatile to fill the gap if Google leaves Australia

There is a reason Google has an estimated 94% and Bing 4% share of the Australian search market. Bing is no where near as refined, sophisticated or intuitive as Google. This is coming from the perspective of a Gold Coast based SEO.

Analysing the above data you can see massive valatility in the organic search results in Bing. It tracks 2 leading sites on a competitive search term. Both sites go from top rankings to completely disappearing from the radar.

Is this what Australian searchers can look forward to if Google removes access to its search engine?

There are some significant issues with Google - however the notion of handing over Google revenue to a company like News Corp, with its history of bias and right-wing reporting, phone hacking scandals, denial of climate change and at times, racist and misogynist ideologies in its editorials, does not sit well for many. News Corp are simply not good enough as global citizens to warrant this kind of financial 'windfall' through the instrument of the Australian Government. 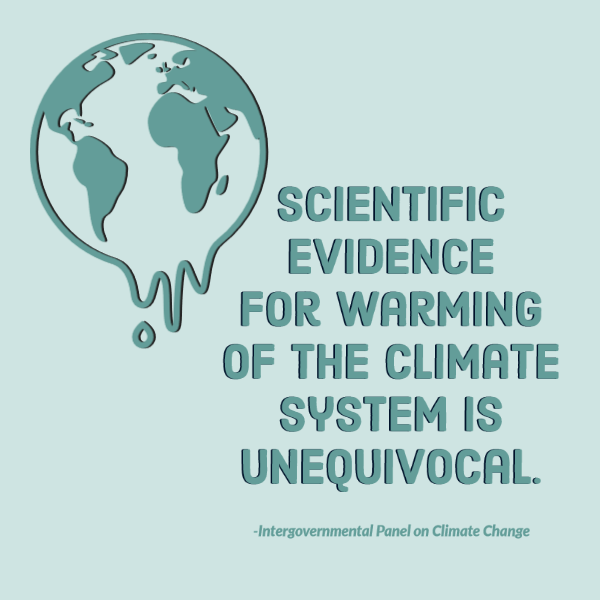 June 5 2021: US Treasury Secretary Janet Yellen has been working behind the scenes to put the deal together:

"End the race-to-the-bottom on corporate taxation and ensure fairness for the middle class and working people in the US and around the world."

1. Tax the profits of multinations in the countries they sell their products or services

A global minimum tax would help the global economy thrive by leveling the playing field, capturing some tax on the very highest profits on the largest multinations.

This needs to be spread not to just the G7 countries but also to the G20 countries.

Using a tax haven to get the tax rate below 15% will not help these multinationals under this new rule.

At the moment companies like Facebook can set up local branches in countries that have relatively low corporate tax rates and declare profits there.