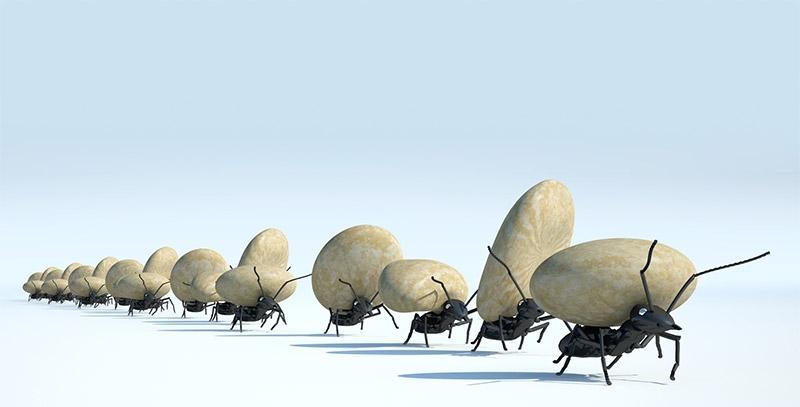 Ants are one of the most successful and ecologically important groups of terrestrial insects. They have colonised all terrestrial habitats throughout the world except the polar regions and the highest mountaintops.

Ants can be found anywhere from coastal mangroves to urban backyards and inside our homes. Their success, in part, is because of their ability to communicate with each other. They have the most complex form of chemical communication in the animal kingdom and together they accomplish tasks beyond any individual insect.

Ants are formidable opponents and defend their foraging area from other animals. They can overwhelm enemies by sheer weight of numbers and have offensive armoury that may include fierce jaws and potent stings.

Ants are important for dispersing seed and modifying soil and plant community structures.

Why We Need Ants

Ants act as decomposers by feeding on organic waste, insects or other dead animals. They help keep the environment clean. After the ants leave, fungi and bacteria grow in the galleries and break down the lignin and cellulose on large surfaces.

Ants aid in the decomposition of soil and turn up more soil than earthworms. When ants dig tunnels, they aerate the soil and recycle nutrients. This activity is ecologically crucial in maintaining healthy soil for plant (food) growth. Ants even help reduce the use of chemical fertilizers and the need for irrigation.

The total amount of ant species in Australia could be over 6,500 with only one in five ant species currently described by scientists. Although there are approximately 1,300 ant species we have categorised so far in Australia, there are relatively few that present as pests.

The state of Queensland has the greatest diversity of ants in the world with more than 1,400 species known within its borders.

Most of the ants we see on the Gold Coast are "black house ants".

Black Ant nests are often located outdoors in soil and below paving slabs on the sunny side of buildings. They can be identified by the presence of finely powdered soil around nest exit holes. 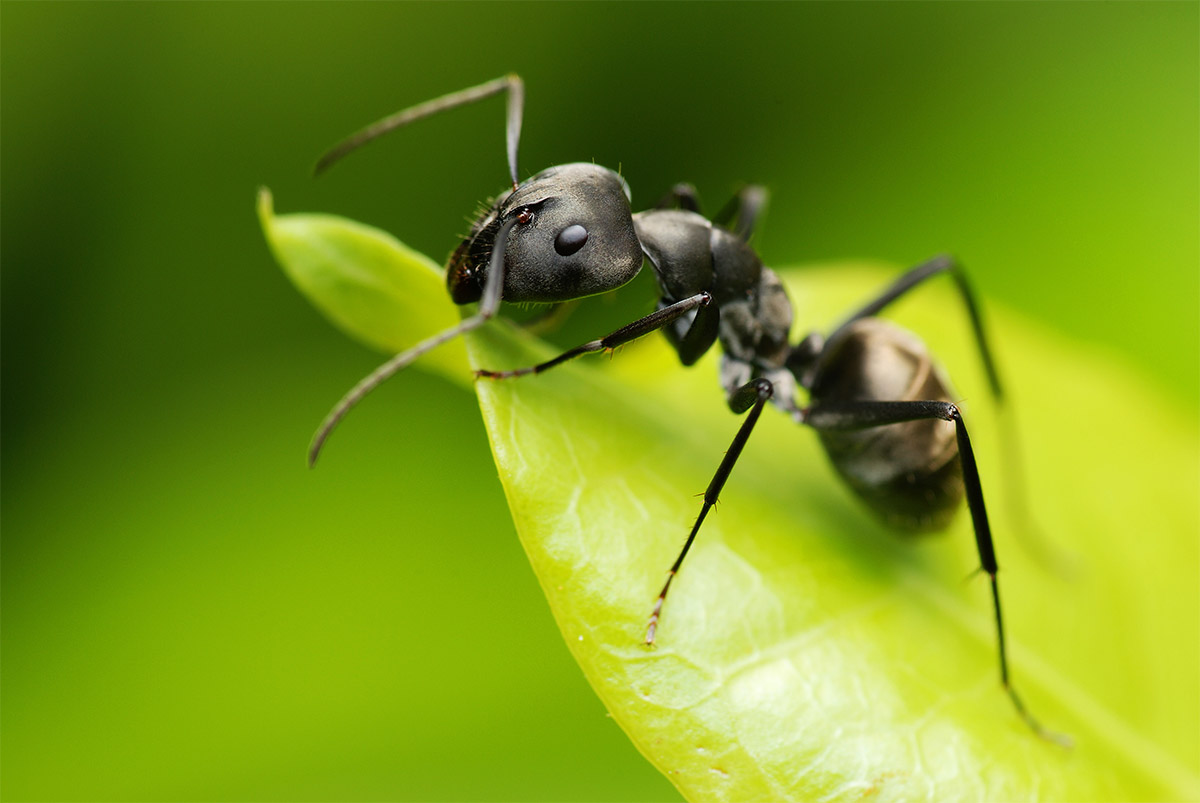 Identify the Source of the Infestation.

The black "house ant" has a stocky body with two antennae on their heads. With a size of just 2.5mm, Ochetellus Glaber has intensely black coloured bodies.

Mostly considered a nuisance pest, black ants enter homes in search of food.
Leaving dirty plates around your house or crumbs on the kitchen bench is enough to attract them.

If you start noticing black spots in and around your kitchen, you may have a black ant infestation on your hands. 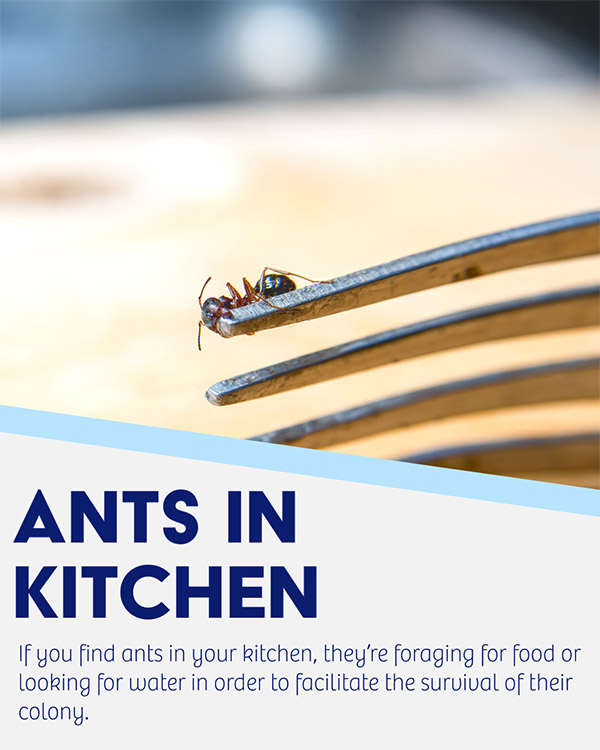 Australian black ants can be particularly annoying. With the average number of workers around 4-7 thousand and a queen that can live up to 30 years, you can have a severe infestation on your hands.

If you find ants in your kitchen, they're foraging for food or looking for water in order to facilitate the survival of their colony.

Because ants use chemicals as a way to mark their pathways, you can easily detect where they come from. It’s usually the last place you’d figure, like under the kitchen sink or other moist spaces.

Under the door is also a place they congregate, so find the source and try to seal it. Trying to block 1mm holes may be difficult but do your best.

Ants leave chemical trails - like a marker saying "food this way" - worker ants are bringing food back to the nest.

"The best solutions to clean the trails with are vinegar or lemon juice mixed with water."
"They hate citric acid" 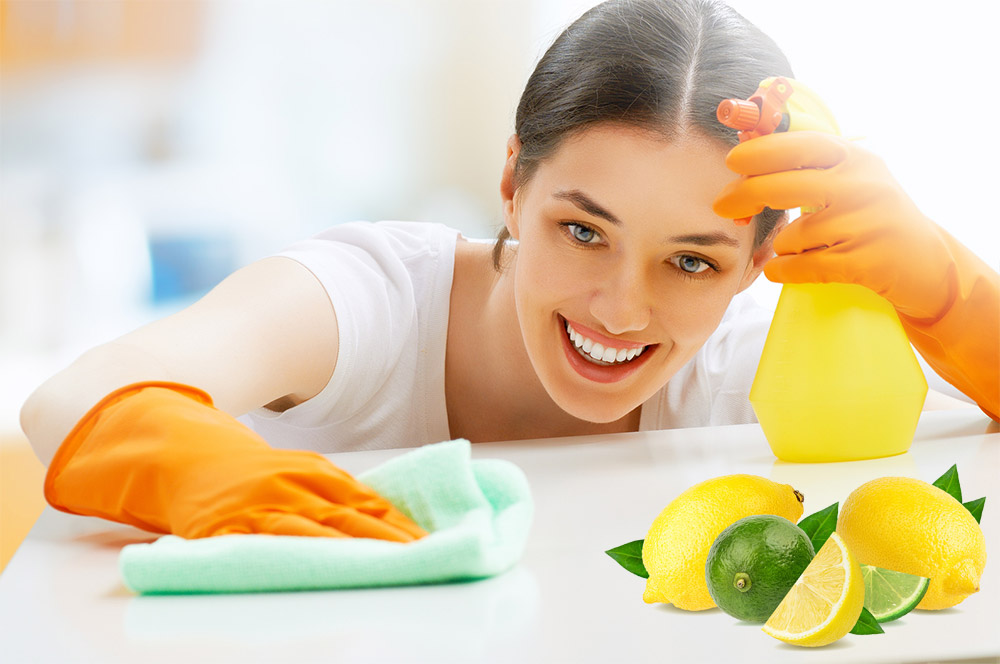 Lemon juice does not kill ants, but its smell and acid disrupts the scent trails they leave for other ants. The next group of ants will not be able to follow any paths, and the citrus smell will discourage them from starting a new one.

Peppermint is an insect repellent, which can also help you get rid of ants. Ants don't like the smell of peppermint and are likely to avoid areas that contain traces of it. Peppermint has a strong fragrant that cannot be tolerated by the ants, which keep them away from entering the home.

Ants are not Termites

Ants are sometimes confused with the unrelated Termites (Order Isoptera), partly because the latter have the common name 'white ants'.

Termites have the ability to digest cellulose and will eat wood, which can result in severe damage to wooden structures. Ants that are found in wood do not cause damage but are using pre-existing cavities.

If you are not sure whether you have a case of Termites or Ants, check the video on this page Ants Gold Coast.

Create areas of ground in your gardens that allow ants to dig their nests.

Remember: Ants help reduce the use of chemical fertilizers and the need for irrigation.

This may explain why unit developments on the Gold Coast that do not have gardens or green space, have constant issues with ants. Ants do not like nesting in concrete and therefore find kitchens and door cavities to inhabit. 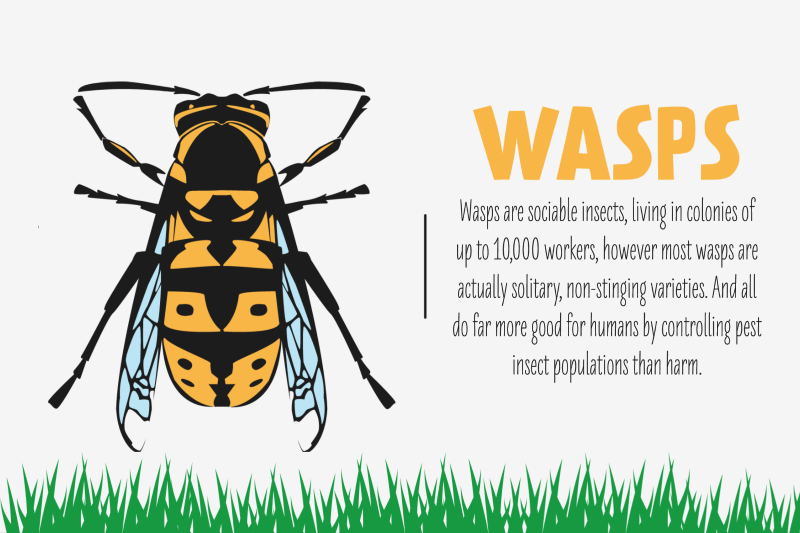 Wasps are sociable insects, living in colonies of up to 10,000 workers, however most wasps are actually solitary, non-stinging varieties. And all do far more good for humans by controlling pest insect populations than harm.